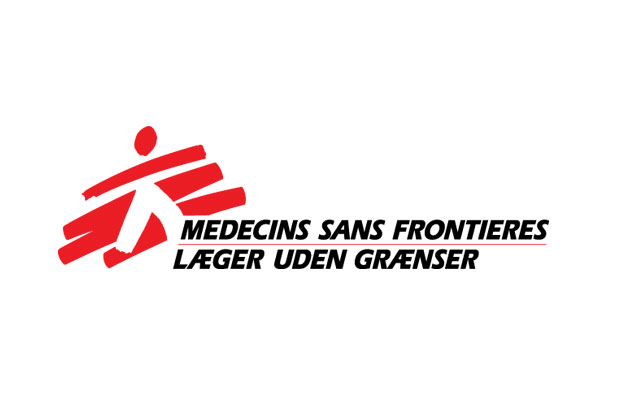 MSF has worked continuously in southern and central Somalia for over sixteen years and is currently providing medical care in ten regions – Bakool, Banadir, Bay, Galgadud, Hiraan, Lower Juba, Middle Juba, Mudug, Middle Shabelle and Lower Shabelle. Today we have around 60 international staff and over 800 national staff working in Somalia. In 2006, we performed more than 300,000 outpatient consultations, and 10,000 inpatients were admitted in our hospitals.

In March and April 2007, heavy fighting in Mogadishu resulted in a large number of civilian casualties and thousands of people fleeing the capital. In all of its projects around the country MSF staff witnessed displaced people arriving from Mogadishu. In most areas where MSF is working, these people appeared to find accommodation with relatives and friends. However, on the outskirts of Mogadishu, many of them were living out in the open. MSF launched an emergency response in Afgooye and Balad, two towns on the periphery of the capital, providing medical care, water and basic necessities. Although it is estimated that two thirds of the people displaced by the fighting have now returned to Mogadishu, many are unwilling or unable to do so. In the last three months MSF has also responded to outbreaks of cholera by setting up cholera treatment centres in several regions of Somalia. As the number of cholera cases seems to be declining these centres are currently reducing their activities.

Bakool region
Opened in 2000, the 240-bed Huddur health centre, the largest structure of its kind in southern and central Somalia, provides a wide range of medical services through both outpatient and inpatient services: therapeutic feeding, kala azar treatment, mother and child healthcare and TB treatment.

MSF also runs four health posts in the Bakool region, in Labatan Jerow, El Garas, El Berde and Rabdurreh. The health posts provide primary health care and refer patients to the health centre in Huddur when needed. The health posts in Rabdurreh and El Berde offer decentralized tuberculosis treatment. An ambulatory feeding programme is also in operation. Eight expatriate staff and 125 local staff ran the MSF Bakool project in 2006. The target population is the approximately 250,000 people living in Somalia´s Bakool region, with some patients coming from outside Bakool.

Bay region
In Dinsor, MSF runs a hospital providing, on average, 4,000 consultations per month in the outpatient department. Sometimes as many as 5,500 consultations are done. 25% of consultations are for children under five. The 85-bed inpatient department admits around 450 people per month. MSF teams in Dinsor provide therapeutic feeding, surgical care, and TB treatment. They also respond to disease outbreaks and emergencies. A laboratory has been open since March 2005 and an antenatal clinic since February 2005. Between February and September 2006 the project offered ambulatory care, but this had to be stopped for security reasons.

A significant increase of cholera cases was recorded in April. MSF has set up a cholera treatment centre in Dinsor and began water sanitation activities. So far, there have been 450 suspected cases admitted and the number of cases now seems to be declining.

Galgaguud region
Since January 2006, MSF has been supporting the 80-bed Istarlin Hospital in Guri El town, approximately 450 kilometres north-west of the capital Mogadishu. Over 100 outpatient consultations are done per day, and 40 to 70 life-saving surgeries performed per month. In recent weeks, consultations in the outpatient department have increased by around 40%, with a large proportion of patients arriving from Mogadishu. In Gal Hareeri, MSF opened a temporary emergency cholera treatment centre between March 21 and April 17, providing treatment to over 500 patients.

MSF also operates an outpatient clinic in Dhusa Mareb, the district capital of Galgaduud, which provides primary health care. Referrals are made to Guri El as needed.

In Belet Wayne, the majority of IDPs fleeing violence from Mogadishu have so far been accommodated by relatives in town. According to an exploratory mission to the outskirts of town conducted on April 20, an estimated 360 families were found living in critical conditions with no access to water and a complete lack of shelter. MSF teams have distributed plastic sheeting and soap to these families, and have started water and sanitation activities such as digging latrines.

Lower Juba region
In Jamaame, MSF opened a small hospital with a large nutritional component and outreach activities on March 13, 2007. In the first two weeks of activities, 120 people received treatment in the nutritional programme. Four mobile clinics comprised of three national staff and two international staff screen between 300 and 1,000 children and pregnant women per day for malnutrition. They also do general consultations with outpatient treatment and referrals where necessary.

The project currently has 200 children receiving supplementary feeding and does around 500 consultations a week, including mobile clinics. There are around 15-20 inpatient admissions a week and the main morbidities are malnutrition, pneumonia and diarrhoea. The teams also provide medical care for a number of gunshot wound victims, accident victims and women with complicated deliveries every week.

In early April, MSF set up a cholera treatment centre admitting 40 patients in the first two weeks of operations.

Middle Juba region
Seven international and 100 Somali staff offer primary health care, with in- and outpatient services to over 3,500 patients in Middle Juba every month. In both Marere and the nearby village of Jilib, MSF is operating a nutritional programme with therapeutic and supplementary feeding centres. In 2006, the supplementary feeding centre treated over 2,800 children and the therapeutic feeding centre 920. The team has the capacity to respond to outbreaks such as cholera, meningitis and measles. Treatment and support for victims of sexual violence is also available.

The Marere project, as others, suffers from regular short-term evacuations of international staff due to ongoing insecurity. The capacity of the Somali staff to continue activities in their absence has been well developed, and the projects have experienced no major disruptions.

Mudug region
In south Galcayo hospital MSF is currently running one of the few surgical programmes in central and south Somalia. For emergency obstetric cases and the many wounded from violence, surgical care is a life-saving action and each year the hospital treats over 500 victims of violent trauma. MSF medical teams are also prepared to respond to larger clashes in the wider area around Galcayo. MSF teams offer in- and outpatient services, paediatric and maternal care, treating over 3,500 patients on average each month. The team has the capacity to respond to outbreaks such as cholera, measles or meningitis. 120 Somali staff and nine international staff work in the project. In south Galcayo, MSF has also operated a therapeutic feeding centre, admitting over 50 malnourished children each month.

In both south and north Galcayo, MSF runs tuberculosis (TB) treatment centres and currently has between 250 and 300 patients on treatment. Galcayo is divided in two, along a north-south "green line", with each zone controlled by different clans. Civilians, particularly men, have difficulty crossing this green line. MSF was supporting a hospital on either side of the line, targeting a population of 600,000, but following problems with the authorities in Puntland, the project in the north was closed in June 2006.

In recent weeks cholera cases have been reported in Galcayo. MSF responded by setting up a cholera treatment unit in the paediatric ward of the hospital. As of May 17, MSF staff had treated over 150 patients and cases now seem to be decreasing.

Lower Shabelle region
On April 17, MSF launched an emergency response in Afgooye, a town about 30 kilometres west of Mogadishu. A team of senior MSF Somali staff supplied medicines to existing health structures and non-food items to more than 3,500 families, including 7,000 pieces of plastic sheeting. MSF is providing 72,000 litres of clean water every day to the displaced people through water trucking distributions. In the two health structures that MSF is supporting around 1,700 cases of watery diarrhoea have been reported, including 33 fatalities. MSF has set up isolation units in both structures

On April 26, MSF chartered a plane containing 2,000 litres of ringer lactate for treating cholera, chlorination kits, emergency kits for 10,000 people (for a 3 month period, or 30,000 people for 1 month), 1,000 mosquito nets and other logistical materials. On May 4, another 14 tonnes of medical and logistical materials were sent.

MSF has recently reinforced its team on the ground. An additional Somali medical doctor as well as a nurse have been recruited to address the ever increasing number of patients coming for outpatient consultations (OPD). The inpatient department (IPD) of Afgooye hospital is currently undergoing basic rehabilitation in order to increase the hospitalisation capacity from 10 to 30 beds. Some 80 patients are seen every day at consultation and MSF also opened another OPD in Hawa Abdi, some 17 kilometres East of Afgooye. In this OPD MSF staff perform close to 130 consultations per day. MSF teams hope to support maternity and obstetrics activities in Hawa Abdi clinic in the coming weeks.

Many of the displaced people who fled to Afgooye have now returned to Mogadishu, but at least half are unable to return as they have no resources and the buildings that they were living in have either been destroyed or taken over.

MSF has been operating a primary health care clinic in the Yaqshid area of Mogadishu since 1994. It stands as one of the few public health facilities in northern Mogadishu, thus absorbing many patients from the neighbouring districts, with a number of consultations far beyond what a single facility can absorb. In 2006, the MSF clinic provided 114,000 outpatient and 4,800 maternal care consultations.

The recent conflict in Mogadishu prevented many people from accessing health facilities. On April 20, a mortar hit the MSF outpatient clinic in Yaqshid. As it was a Friday the clinic was closed and fortunately no-one was hurt. MSF staff spent a day reorganising the clinic and it is now open and running as normal. MSF is extremely concerned about this incident and calls on all parties in Somalia to respect humanitarian facilities and workers.

Middle Shabelle region
In Mahaday, MSF runs six primary health care outpatient clinics, which offer mother and child services and expanded programmes of immunizations (EPI) through three mobile teams. Most of the target population is rural, some of them from the Bantu minority. MSF provided 108,000 outpatient consultations in 2006. In February 2007, MSF opened a maternity ward in Jowhar, with 60 deliveries and 10 caesarean sections in the first month of operations.

During the recent conflict MSF estimates that around 40,000 displaced people sought refuge in Jowhar. The majority of them found accommodation with relatives, but around 100 families were forced to live out in the open. MSF provided water and non-food items to these people and conducted a measles vaccination campaign.

Many displaced people also gathered in Balad, about two hours from Jowhar on the road to Mogadishu. MSF assisted them by distributing supplementary food items and vaccinating 1,300 children against measles. A temporary outpatient clinic has been set up, which currently provides around 80 consultations a day. MSF also conducted a vaccination campaign in Al Ma´an, a small port location north of Mogadishu.